Making the transition to 4K

I was contacted by a client in January that wanted to add Netflix and other web related content to her system in the living room. It required the addition of an Apple TV and HDMI cabling and the results turned out great. About a week later the client called me to say her DVD player in her BOSE system was showing a weird image. I went to the house and discovered that there was a problem with the BOSE system. I contacted BOSE and they said that the problem was such that it would have to be sent to them for service. I reconfigured the client’s system to use the TV sound instead of the BOSE and sent the BOSE unit off to Ontario to get repaired. 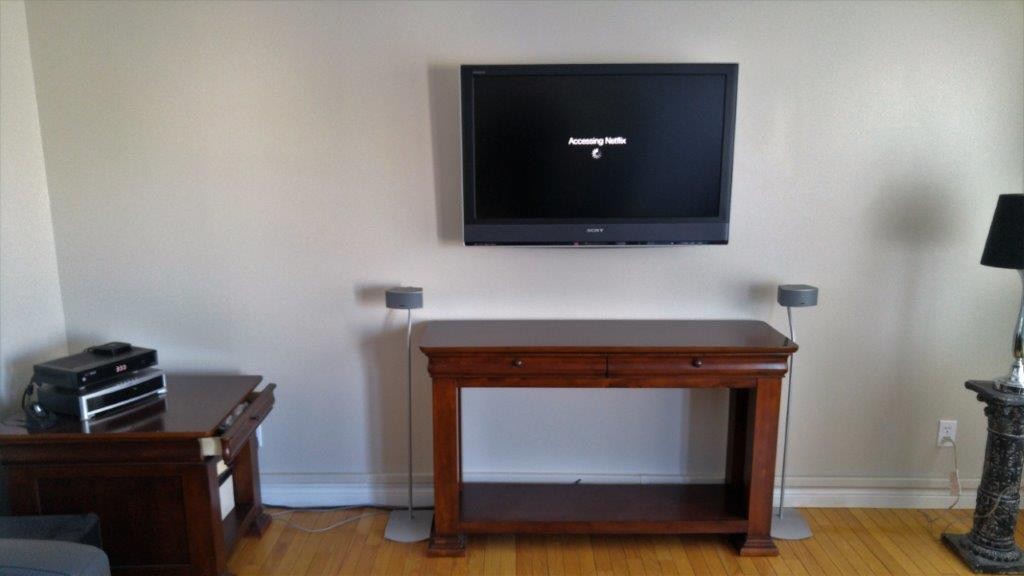 In the mean time, my client asked me about this “new” 4K television system. I advised that yes, it is a dramatic improvement in picture quality, and currently she would be able to get Ultra High Definition from Netflix and YouTube but cable wouldn’t be broadcasted in our area in 4K until the end of this year. I made some recommendations as to the type of 4K set. I got back to my office and the client called to ask me to order the recommended set.

The new 55″ Panasonic 4K TV arrived and the BOSE system returned from service and I returned to hook it all up. I was able to use the same wall mount as the old TV, with some minor adjustments, and the problem with the BOSE system was fixed by the service department at BOSE. I reprogrammed the system for the Harmony remote control and the results were OUTSTANDING! 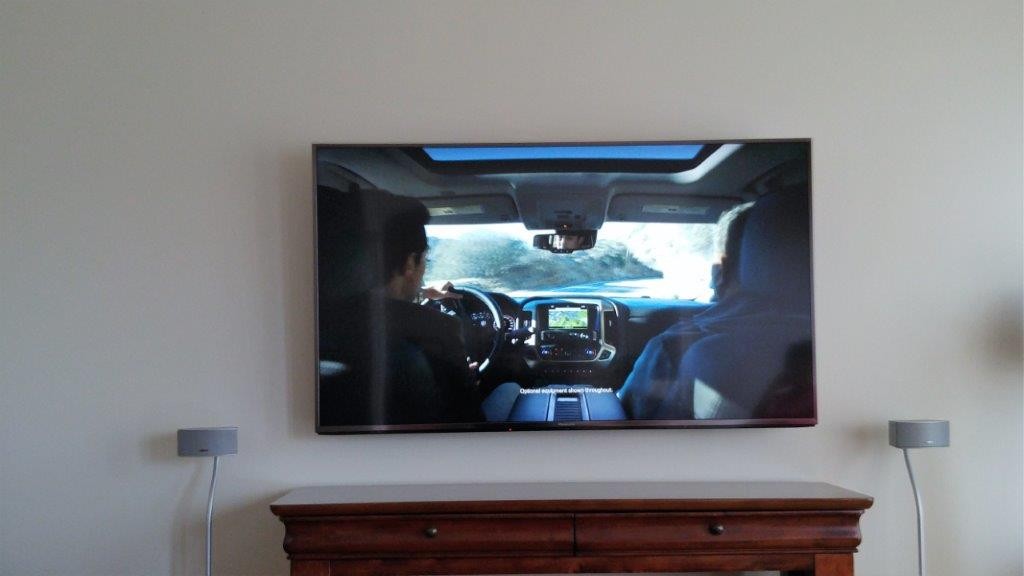 The new thin line bezel and the increased size of the display worked perfectly with the table below the set. Another very satisfied Wired 1 Consulting client!