UHD is coming to your living room, are you ready? 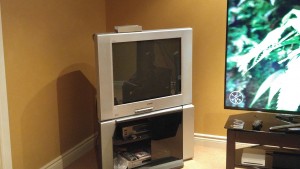 Those of us with a few years under our belts have seen quite a remarkable change in television. From 1926 until the early 1990’s televisions were heavy, clunky old cathode ray tubes, with the only real innovations being the transformation from black and white to colour pictures on the sets. The reason for the 70 year stagnation in technology? ANALOG. In the late 2000’s the change to digital television broadcasting was implemented and the genie was out of the bottle! Digital transmission allowed 100’s if not a 1,000 times more information to be sent through cables and over the airwaves. Television now would only be held back by fleeting limits of manufacturing technology. First came very basic digital images with only 480 lines of horizontal resolution, then very rapidly 720 lines, then 1080 lines, and hang on, here comes 2160 lines into your living room! In Japan they are testing television systems on the magnitude of four times this resolution!!

The CES (Consumer Electronics Show) on January 6th in Las Vegas will showcase the first fully compatible Ultra High Definition (UHD) television sets to hit the North American market. Sets available up this point did not encompass ALL of the requirements for UHD, they all would show the stated resolution but most could not meet the FULL requirements of the UHD standard that was only finalized in October 2015. These new sets will. Along with these new TVs there will be new UHD Bluray disc players from most of the major manufacturers. Netflix and YouTube are already streaming UHD content via the internet. 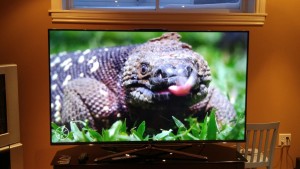 Wired 1 Consulting is ready for this next wave of technology and we will make sure you are too!

This entry was posted in Ask The Pro and tagged UHD TV. Bookmark the permalink.